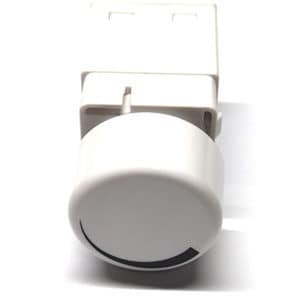 1 in stock (can be backordered)

The 0-10V dimmer mechanism is a Clipsal wall plate style, mechanically suitable for use in standard Clipsal and HPM switch plates. Used to replace traditional phase cut dimmers where perfect dimming is required.

The 0-10V dimmer signal must be used in conjunction with a controller or receiver. The line feed from the dimmer must run to each controllers input in order to dim various loads such as LED strip lights and constant current loads including LED down lights.

One dimmer can be used to feed multiple dimming controllers.

This similar to a 2 wire pot, so all that is required is to connect them to the two dimming wires on any Mean Well HLG, LPF or LCM series LED driver. Wire the dimming leads in parallel if you want to control multiple Meanwell or other compatible LED drivers simultaneously.